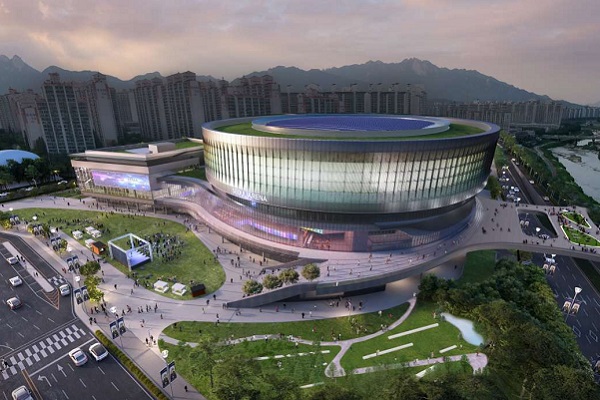 An agreement to build South Korea’s largest entertainment arena has been signed between the Seoul Metropolitan Government and information technology company Kakao.

With Kakao looking to expand into the entertainment sector, the Seoul Arena (as the venue will be known) will be built in the city’s northern Dobong-gu with construction to start in June and with an expected completion date of October 2025.

Described as being both a multicultural complex and a home for K-pop performances, in a statement released on Monday after the signing of the construction agreement, Seoul Arena will consist of a music-specialised concert venue with nearly 19,000 seats and a maximum capacity of up to 28,000 people for concerts with standing room.

With major concert events having previously been staged at Seoul’s Olympic Stadium, the planned new venue, Seoul Arena, with state-of-the-art sound equipment, will, according to the statement “ offer the perfect venue for ‘super concerts’.”

Seoul Arena will also feature a separate, mid-sized concert venue with a maximum capacity of 7,000 people as well as a movie theatre and commercial facilities.

Kakao said it expects Seoul Arena to attract some 1.8 million visitors per year and contribute to revitalizing the local economy and bolstering the ecosystem of concerts, as it will provide various cultural content including K-pop performances.

Kakao is a leading investor in a special-purpose company to be established to oversee the design, construction, operation and maintenance of Seoul Arena. According to the Seoul Metropolitan Government, the project is estimated to cost 312 billion won (US$257 million), with Kakao to finance 97% percent of the company’s capital.

On the sidelines of the project, Kakao said it plans to run numerous programs to nurture aspiring artists and to provide concert venues and studios for their creations.

Commenting on the project. Kakao Chairman, Kim Seong-soo advised “Kakao is constantly thinking about what we can do to make a better world together with our society. We will thoroughly prepare various programmes for revitalisation so that we can further spur the global spread of K-content and co-prosperity with the local community.”

While the new Seoul Arena will be Korea’s largest arena dedicated to K-pop, work is currently underway on the CJ LiveCity Arena in Goyang, a satellite city of Seoul.

Construction commenced on the 1.8 trillion won (US$1.48 billion) project that will have an indoor seating capacity of 20,000 plus outdoor space for more than 40,000 other music fans to enjoy concerts in October last year.

CJ LiveCity, the entity behind the project, has partnered US entertainment giant AEG in a joint venture to build the new venue (originally announced as the Seoul Metropolitan Arena) which is expected to open in 2024

Image: The concept for the new Seoul Arena. Credit: Kakao.

13th December 2021 - Seoul promotes itself as an accessible tourism city