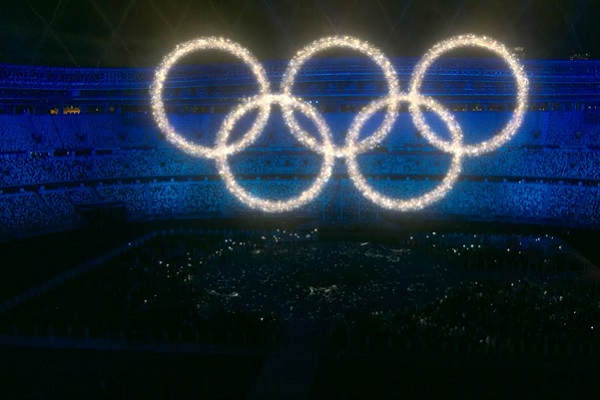 In line with its commitment to making athletics a safe and welcoming environment for participation, World Athletics has published the findings of a study conducted during the Tokyo 2020 Olympic Games to identify and address targeted, abusive messages sent to athletes via social media.

The study revealed disturbing levels of abuse of athletes, including sexist, racist, transphobic and homophobic posts, and unfounded doping accusations. It also unequivocally highlights the greater levels of abuse female athletes receive in comparison to their male counterparts.

These results raise concerns that existing safeguarding measures on social media platforms need to be tougher to protect athletes. Online abuse may cause trauma for the affected individual and can heavily impact athletes’ performances - both in training and during competition.

The study was carried out in collaboration with Threat Matrix, an initiative by data science company Signify Group Ltd and sports investigations company Quest Global Ltd, and was developed to understand the size, scale and gravity of online abuse targeted at Olympic athletes on Twitter. It builds the foundation for the action World Athletics is taking and provides a basis for World Athletics to work more closely with social media platforms to tackle this issue.

To gain an understanding of the level of online abuse in athletics, a sample of 161 Twitter handles of current and former athletes involved in the Tokyo Olympic Games (derived from a list of 200 athletes selected by World Athletics) was tracked during the study period, starting one week prior to the Olympic opening ceremony and concluding the day after the Olympic closing ceremony - a period from 15th July to 9th August 2021.

In this timeframe, 240,707 tweets including 23,521 images, GIFs and videos were captured for analysis. This included text analysis through searches for slurs, offensive images and emojis and other phrases that could indicate abuse. 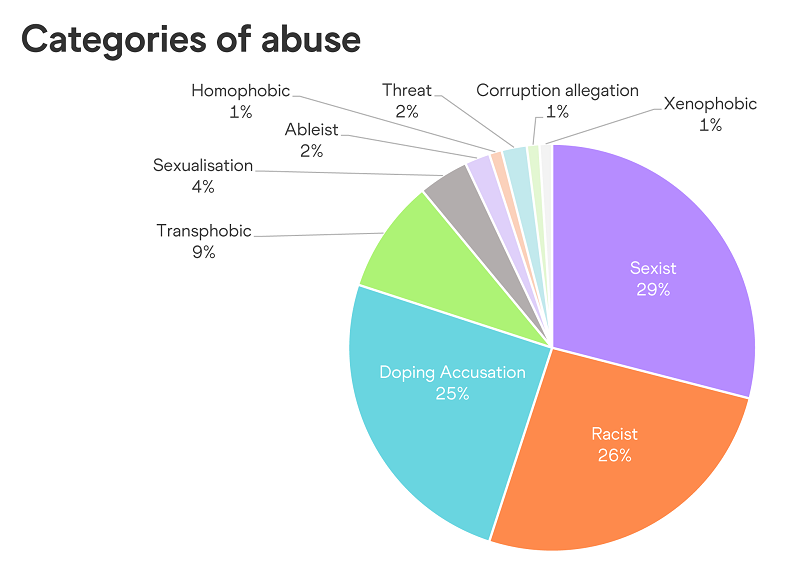 It also used AI-powered Natural Language Processing to detect threats by understanding the relationship between words (allowing it to determine the difference between “I’ll kill you” and “you killed it”, for example).

Commenting on the findings, World Athletics President, Sebastian Coe stated “when we published our Safeguarding Policy earlier this month, I said athletics clubs, schools and community sports environments should be safe and happy places for those in our sport.

“In a world where we share so much of our lives online, this must apply to the virtual, as well as the physical world. This research is disturbing in so many ways but what strikes me the most is that the abuse is targeted at individuals who are celebrating and sharing their performances and talent as a way to inspire and motivate people. To face the kinds of abuse they have is unfathomable and we all need to do more to stop this. Shining a light on the issue is just the first step.”

Unfounded doping accusations made up 25% of abusive messages, while 10% consisted of transphobic (9%) and homophobic (1%) posts while 89% of racist abuse was targeted at US athletes, despite them representing only 23% of the study set.

Max Siegel, Chief Executive of USA Track&Field, commented “the entire USATF community is grateful to World Athletics for conducting this vital survey which has confirmed unfortunately what we have all known for a long time: US athletes are disproportionately targeted for abuse and hate on social media.

“Increasing evidence indicates that this is driven by a huge rise in prejudice against race, gender and social status. Simply put, this type of behaviour is disgusting and utterly unacceptable. USATF remains committed to working alongside World Athletics, our athlete and constituent community, social media proprietors, the US Center for SafeSport and law enforcement to eliminate abuse and make our sport safe and welcoming for all.”

The analysis consisted of a triage process which involved assessing each of the flagged posts, analysing their content and context and providing a view as to which one of four tiers of required action they met.

65% of abusive posts were deemed gravely abusive, thus warranting intervention from the social channel. We work closely with Twitter and have notified them of the relevant posts and users and will continue to work with their team to take appropriate actions against the perpetrators.

World Athletics will be conducting further research in this area and has used the findings of this survey to introduce an Online Abuse Framework for its own social media channels to ensure they are environments free from abuse.

To halt harassment and abuse in the future, World Athletics pledges to

World Athletics will also work closely with the Safeguarding Working Group on providing appropriate materials to Area Associations and Member Federations as part of its Safeguarding Policy resources to ensure the implementation of safeguarding measures covers not just physical, but also digital spaces.