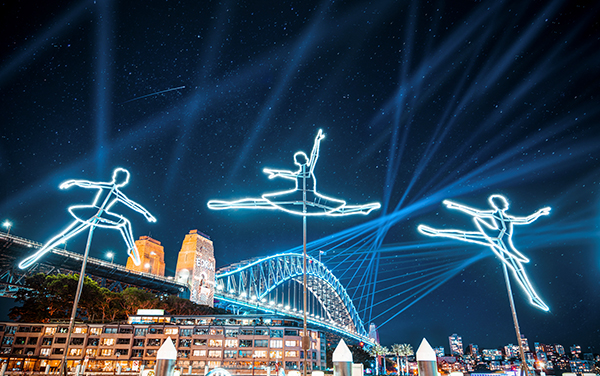 Expressions of Interest are now open for Vivid Sydney 2022, inviting all sectors of the creative industries to investigate the soul of the Harbour City – its people, places and essence.

Under a unified, creative vision – ‘The Soul of Sydney’, the vision will inform all submissions across the Light, Music and Ideas programs as well as a new Cross Art Form category.

Creators from around the world are encouraged to share unexpected stories that will engage, inspire and excite audiences, drawing inspiration from Sydney’s hidden spaces, architecture, global icons, people, food, music and ideas.

NSW Minister for Jobs, Investment, Tourism and Western Sydney, Stuart Ayres notes “Vivid Sydney warms the soul of our city with light artists, music makers and brilliant thinkers. Vivid Sydney is an exceptional event that captures the uniqueness, vibrancy and imagination of the city and makes it a must-visit destination during winter for art, culture and event enthusiasts alike.

“This is a great opportunity for all creative industries in Australia and around the world, to be part of a global event and shine together with Sydney.”

Festival Director Gill Minervini added “now more than ever, it’s important to create opportunities for connection and to celebrate our great city. Vivid Sydney is authentically Sydney, but it’s genuinely global. Inspired by ‘The Soul of Sydney’ creative direction, we challenge artists to share their stories about Sydney and how it aligns with other great cities around the world, driving change through creativity, identifying what brings us together and celebrating the beauty of our diversity.” 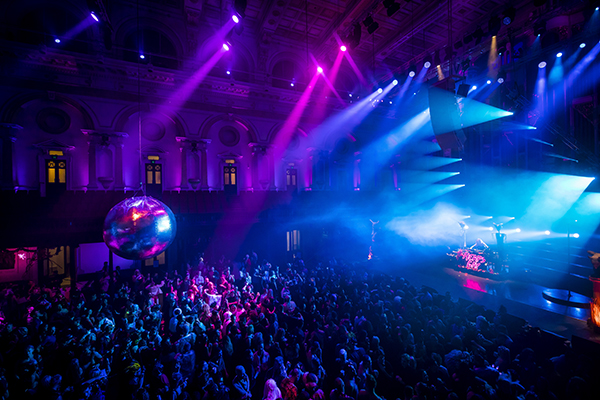 Light
All light artists, designers, creatives, architects, engineers, businesses and educational institutions are encouraged to be a part of the festival in 2022. In past years, Vivid Sydney light art has been projected across many of the city's historical and iconic landmarks including the Sydney Opera House, Sydney Harbour Bridge and in central locations including Darling Harbour, Barangaroo, Museum of Contemporary Art, Circular Quay and The Rocks. In 2019, over 2.4 million people attended Vivid Sydney viewing 96 Vivid Light installations by more than 150 artists from 22 countries.

Music
Vivid Music is inviting all musicians, producers, music promoters and venues to register their interest to be part of Australia’s largest event. Vivid Music has attracted headline acts such as The Cure, Ruel, FKA Twigs, Underworld, Boy George and Florence and the Machine, performing live at renowned Sydney venues including Sydney Opera House, Carriageworks, City Recital Hall and the Seymour Centre. More than 110,000 people attended a Vivid Music performance in 2019, which included more than 247 events across 32 venues and was promoted to a significant domestic and global audience.

Cross Art Form
In a first for Vivid Sydney, in 2022, the festival is calling for artists to collaborate across categories to create a hybrid work. Vivid Sydney is open to suggestions as to how artists can use a combination of light, music and ideas to create something unique to the festival. Works submitted could involve a music performance set to a choreographed projection artwork; a light installation/building projection with a music soundtrack or a high-profile musician who can perform plus host an Ideas talk.

To complete an Expression Of Interest, go to vividsydney.com with submissions due at 10am on Monday 20th September 2021. Vivid Sydney 2022 will be held from 27th May to 18th June with further details shared in due course.