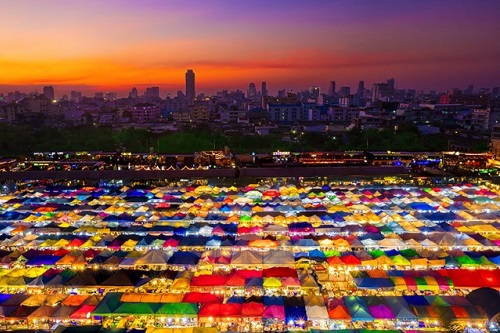 International visitors spent more money in Thailand than in any other Asian country in 2017, according to a United Nations World Tourism Organization (UNWTO) report.

The figures are based on surveys tabulated from credit card spending data and the cash receipts in different countries around the world.

The survey also predicted that Thailand’s tourism expenditure will increase in the next year, thanks to strong tourism campaigns and growing foreign investment in up-scale hotels in the country.

Bangkok also topped the list of the world’s most-visited cities, according to MasterCard’s annual Global Destination Cities Index 2018. It has been ranked top for three consecutive years.

Based on tourist arrivals, the MasterCard index showed that Thailand is also the only country which has three cities ranked on the list: Bangkok (first), Phuket (12th), and Pattaya (18th).

According to preliminary figures tabulated by the Ministry of Tourism and Sports, Thailand welcomed visitor arrivals of 28,541,887 in January to September 2018, up by 8.71% over the same period in 2017. Estimated visitor expenditure also rose significantly, up 20% to THB1.49 trillion.