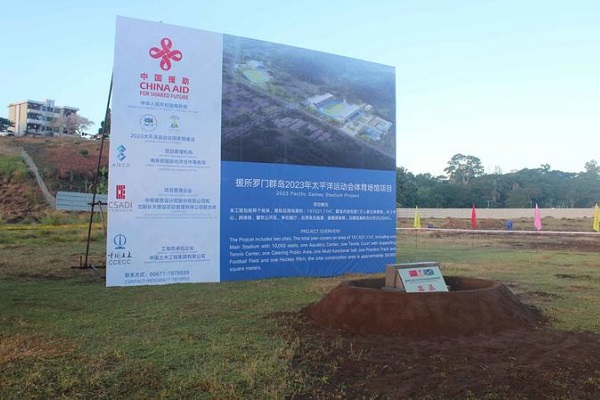 Solomons Islands Prime Minister Manasseh Sogavare has highlighted that the eastern precinct of the city will be transformed into a ‘sports city’ for the nation’s hosting of the 2023 Pacific Games.

Speaking yesterday at the ground-breaking ceremony for the construction of the country’s new national stadium, Prime Minister Sogavare said the transformation for the Games “will not only provide a fantastic venue setting for the 2023 Pacific Games, but will provide a centrepiece for ongoing events, sports for decades to come.”

The national stadium, the centrepiece of the precinct, is being built by the China Civil Engineering Construction Company (CCECC) which was awarded the US$25 million contract earlier to build the venue by the Chinese Government earlier this year.

To undertake the works, more than 100 Chinese workers, including engineers and site supervisors, arrived in Solomon Islands last month and completed two weeks in quarantine. 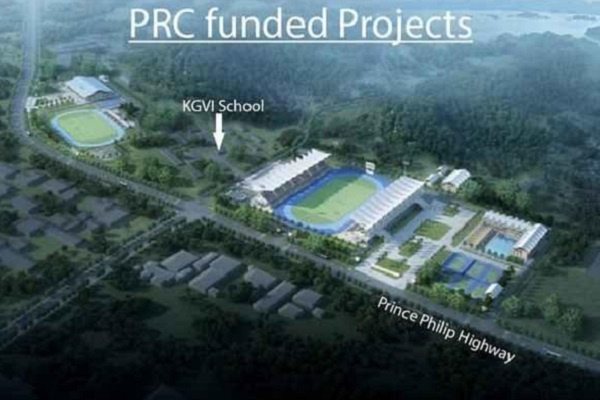 Developments at the precinct also include the Futsal Multi-purpose Complex, funded and built by the Government of the Republic of Indonesia.

The Prime Minister said it will also include the SIG funded Solomon Islands Nationals Institute of Sports - that will be the ‘centre of excellence’ for sports development and training in the country and the former MAL Farm area set to be the new home for football - the SIFF Academy.

Prime Minister Sogavare added “with this development driven by the 2023 Pacific Games, I am presented with an opportunity to name the area, between the Solomon Islands National Institute of Sports, the Honiara Golf Course in the west and the SIFF Academy in the east, the ‘Sports City’ that will not only provide a fantastic venue setting for the 2023 Pacific Games, but will provide a centrepiece for ongoing events, sports for decades to come.”

Construction at all seven sites is expected to get underway in the next two months.

Advising of the construction schedule, Project Management Unit Supervisor, Ken Grossmith commented “we want the KGVI East running track and football field to be completed first, this is so athletes can start using it to train and practice.”

The sports city will host the majority of the 24 sports in the 2023 Pacific Games.

Images. The site of the Solomons Islands national stadium (top) and venues being funded and built by the Chinese (PRC) Government in the new sports precinct. Credit: Facebook/Sol2023 XVII Pacific Games.