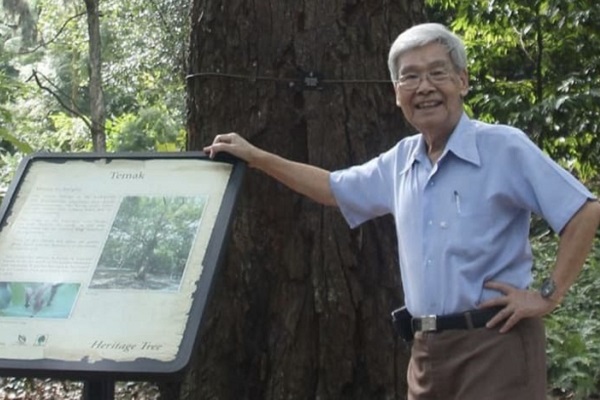 The death of Singapore's first Commissioner of Parks and Recreation, Wong Yew Kwan, has prompted a range of tributes, including from the nation’s Prime Minister Lee Hsien Loong.

Wong, who died at the age of 89 on Wednesday 8th December

In a Facebook post, Prime Minister Lee described Wong as one of Singapore's pioneer leaders and a key person in efforts to transform Singapore into a "Garden City".

The tribute stated “much of the greenery around us today can be credited to Yew Kwan and his team. They planned for gaps in the middle of flyovers, to allow sunlight and rain to come through so that greenery could flourish below.

"Along roadsides, they planted trees with large canopies, like rain trees and angsanas, to provide shade. As the Garden City concept took off, his team introduced plants with colourful flowers, and greened the highways. This continues today."

As reported by the Straits Times, Wong, who was born in Ipoh in what was then Malaya in 1932, Wong majored in botany at the University of Malaya. He moved to Singapore with his family in 1970, joining the nation’s Parks and Recreation Division in 1974.

When this became a full-fledged department in 1976, he was appointed Singapore's first Commissioner of Parks and Recreation, serving in that post until 1982.

in an interview published in a 2016 newsletter by Singapore’s Ministry of National Development, Wong advised "I had always been interested in the trees and nature areas which were abundant in Ipoh where I grew up.”

He went on to advise how he worked closely with then Prime Minister Lee Kuan Yew to green the city, noting "the late Mr Wong Chooi Sen (then Cabinet Secretary) often rang me up with specific instructions from Mr Lee (Kuan Yew) about an area where he wanted trees planted, or if he noticed that a tree was not doing well, and so on.

"It was quite a lot of pressure!"

In a Facebook post on Thursday, Singapore Minister for National Development Desmond Lee said that Wong and his team worked assiduously to carry out the Garden City vision.

Minister Lee wrote “he had a deep interest in tropical forest ecology, and contributed to our knowledge of forest trees in the Central Catchment Nature Reserve even after he had left (the Parks and Recreation Department).”

He added that Wong also served as a member of the Heritage Tree Panel, where his experience was "invaluable" in evaluating nominations for Heritage Trees.

Citing a Chinese idiom that means "the predecessors plant the trees, and their descendants enjoy the shade", the Prime Minister said this was "literally true" in Wong's case.

Images: Wong Yew Kwan, Singapore's first Commissioner of Parks and Recreation, who died on 8th December (top, credit: Facebook/Desmond Lee) and Wong Kuan Yew and his team at the Parks and Recreation Department planned for gaps in the middle of flyovers so that sunlight and rain could reach the greenery beneath (below, credit: Facebook/Lee Hsien Loong).