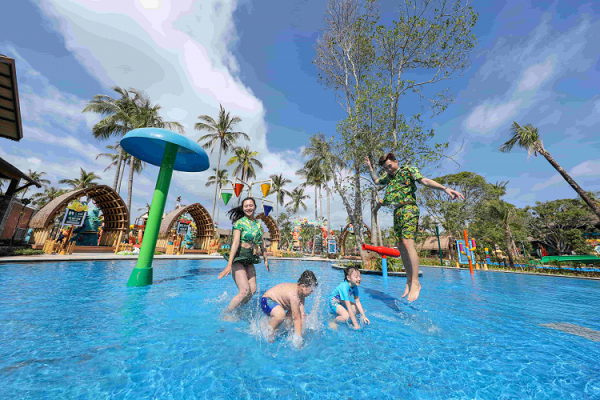 The waterpark offers 20 thrilling rides and games installed by leading suppliers, Proslides Technology and Whitewater West and is the only aquatic attraction in Vietnam with a certified rescue team who have each completed the Ellis & Associates International Lifeguarding Program, the world's leading rescue worker certification program for waterparks. 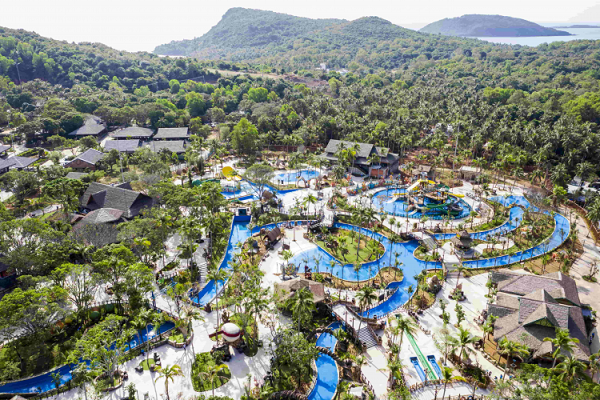 In addition, all operations at the waterpark meet the highest international standards, operated and monitored by a leadership team from Australia and the Netherlands.

Divided into areas for adults and children, the adult areas features helter-skelter rides such as King and Queen Cobra and many other unique creations, including Anaconda, Sea Dragon and Flow Rider. 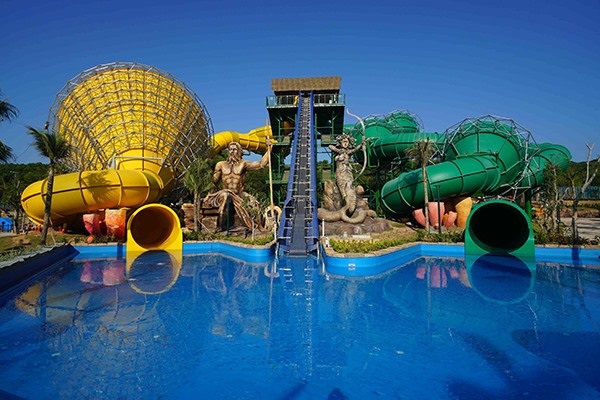 To ensure peace of mind, all water slides come equipped with special touch chips along the frame, which turn on a signal light every time someone comes along. This is a safety design feature that means rescue teams will always be able to locate people within the slide should there be any issues.

Around the water park visitors can explore various exciting themed areas: Fantasy Lagoon; The Magic River; the Myth Of The Sea Zone and Pirate Cove.

The increasingly popular Hon Thom island is gaining recognition as one of the world’s leading beach destinations and with the creation of the Aquatopia Water Park the Sun Group is aiming for the destination to compete with destinations such as Bali and Phuket. 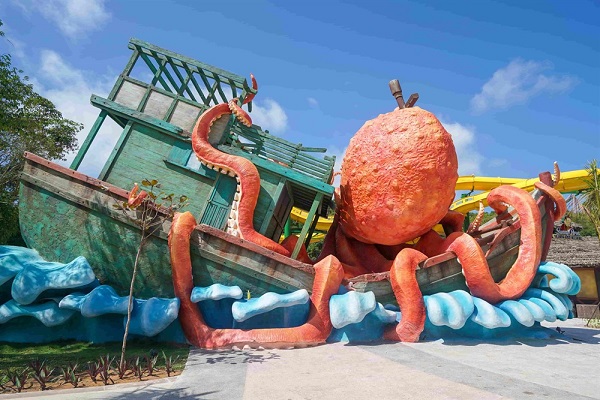 Introducing the new attraction, Dang Minh Truong, Chairman of Sun Group, stated “Hon Thom is the most beautiful island in the whole An Thoi archipelago. It might not be as well known but it’s beauty is comparable with the likes of Boracay island in the Philippines.

“By investing trillions of Vietnamese dong to create a world-class water park here, we hope Hon Thom will be regarded as the most attractive destination for tourists flying to Phu Quoc."

He added that after enjoying an exhilarating cable car ride across the sea, visitors will be able to discover so many wonderful experiences at Aquatopia and Sun World Hon Thom Nature Park.

Images of the Aquatopia Water Park courtesy of the Sun Group.