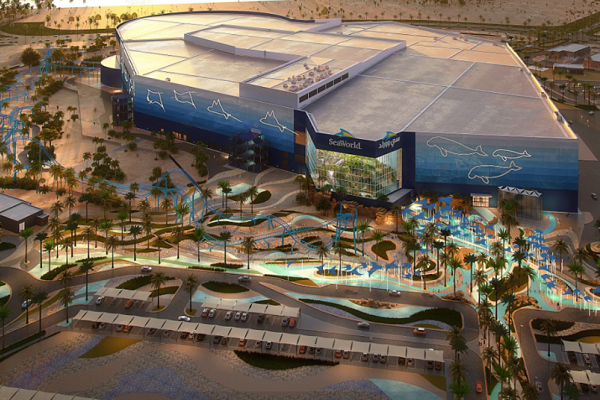 Construction of SeaWorld Abu Dhabi, the Emirate's latest attraction on Yas Island, is more than 40% complete and on target to be finished in 2022.

Miral, the company responsible for destination management on Yas Island, announced the milestone yesterday to coincide with a visit to the development site by Sheikh Khaled bin Mohamed bin Zayed Al Nahyan, Chairman of the Abu Dhabi Executive Office.

Once open, the new attraction will also be home to a dedicated marine research, rescue, rehabilitation and return centre, which will support regional and global conservation efforts.

SeaWorld Abu Dhabi will also be home to live studies into indigenous local species such as dugongs and sea turtles.

The 183,000 metre² attraction will cover multiple levels and offer an immersive experience for visitors from the United Arab Emirates, the Middle East and across the world. 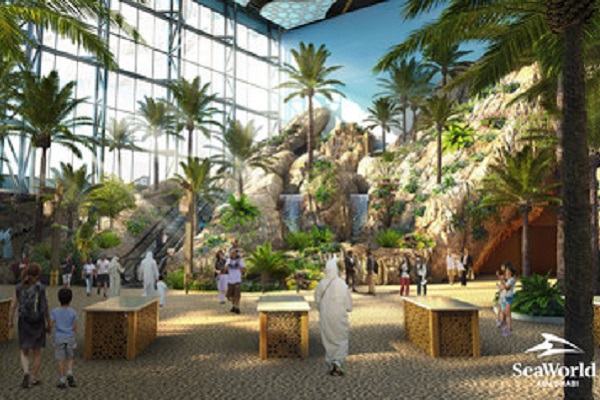 SeaWorld Abu Dhabi will feature six distinct realms telling the ‘one ocean’ story, explaining the interconnectivity between all life on earth and the oceans.

“It will help further position the island as a top global destination, and contribute to the growth of Abu Dhabi's tourism vision.

“We are proud to have partnered with SeaWorld Parks and Entertainment on this incredible project, which brings more than 55 years of expertise in marine conservation and world class marine animal care to Yas Island.”

Commenting on the partnership with Miral, Scott Ross, Chairman of SeaWorld Parks & Entertainment, added “Yas Island is a visionary and transformational project and is already becoming a landmark destination for global travellers.

“We are thrilled SeaWorld will be a part of this special place, which will further expand our vitally important marine life research, rescue, conservation and education efforts in the region."

SeaWorld Abu Dhabi is part of Miral's US$3.2 billion investment in developments under construction.