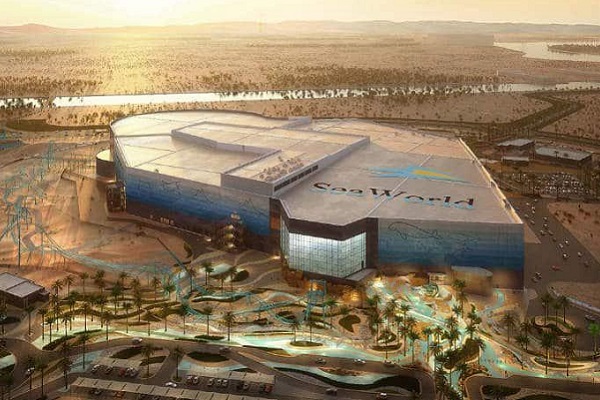 Set to be the world's largest aquarium housing more than 68,000 marine animals SeaWorld Abu Dhabi is on target to open next year, with construction work planned for completion in late in 2022.

Located on Abu Dhabi’s Yas Island, the aquarium is being developed in partnership between USA-based SeaWorld Parks & Entertainment and Abu Dhabi developer Miral

Featuring six different marine environments offering immersive experiences - as well as dynamic habitats, housing different species together, as they are in their natural habitat - the attraction will include sharks, schools of fish, manta rays and sea turtles.

SeaWorld Abu Dhabi will feature an ‘Endless Ocean’ theme - based on a unified ‘One Ocean’ experience, interlinking the attraction’s different marine realms throughout the building - which aims to encapsulate the expanse and scale of the marine display for guests.

Guests will be encouraged to explore the natural underwater environments via immersive storytelling techniques and technologies, to further deepen guests' appreciation and understanding of ocean life.

"This is another major addition to Yas Island’s existing immersive experiences and attractions, and a testament to achieving our vision of positioning the island as a top global tourism destination for residents and visitors alike.”

The National Aquarium Abu Dhabi, the largest aquarium in the Middle East and home to 46,000 creatures spread across 10 zones, has opened to the public.

The National Aquarium is the first attraction to open in Al Qana, a new waterfront destination in Abu Dhabi’s Rabdan Area, which, when complete, will feature 11 tourism, lifestyle and retails destinations.

The National Aquarium Abu Dhabi, in the Emirate’s Rabdan Area opened at the end of last year.