The latest National Geographic Traveller has named Adelaide as one of the world’s best sustainable destinations for 2022 - one of only two Australian destinations to feature. Adelaide along with Victoria are among 35 global hot spots for 2022 named in the National Geographic Traveller list, which covers the categories of sustainability, nature, adventure, culture and history, and family. Victoria is included as one of the world’s best nature destinations for 2022.

Adelaide’s recognition by National Geographic follows on from the city having been declared the most liveable city in Australia, and third most liveable in the world by The Economist.

“South Australians have always known just how special our state and city are but since coming to government we have worked hard to make us an even more attractive place for people to live, work and play.”

South Australian Minister for Environment and Water David Speirs said the State Government’s push to make Adelaide the world’s second National Park City and a record investment in parks are all about improving liveability.

“We know how much people value green, open space and we believe if we become the world’s second National Park City there will be economic, environmental and wellbeing benefits for our city now as well as for future generations.”

The State Government plans to make South Australia a more liveable place by investing more than $130 million to improve parks – the highest amount invested in the state’s history.

Minister Speirs added “this is allowing us to deliver world-leading sustainability initiatives such as new on-ground rewilding projects including the reintroduction of platypus to the Torrens, creating a more butterfly friendly city, enhancing habitat and raising awareness about Adelaide’s raptor species, as well as greening our city streets.

“I welcome the recognition from National Geographic as well as The Economist and our push to become a National Park City will only enhance our reputation on the world stage.” 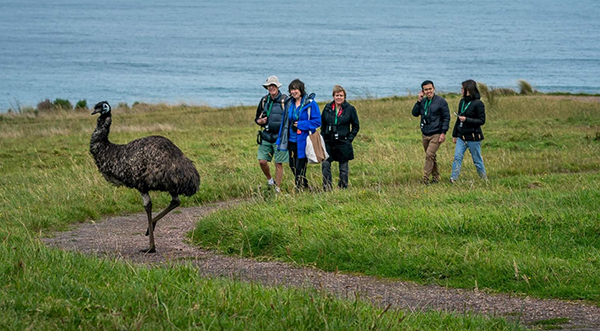 National Geographic Traveller also named Victoria among its hot list of places to discover nature in 2022, thanks to a new Great Ocean Road wildlife sanctuary.

Set in Otways bushland and opened in the wake of the 2019-20 bushfires, Wildlife Wonders is home to koalas, wallabies, and bandicoots, and is the brainchild of Brian Massey – the landscape designer of New Zealand’s Hobbiton experience who, alongside botanists, scientists, zoologists, and environmental specialists, has crafted a sinuous wooden path that winds through the refuge and blends seamlessly into the landscape.