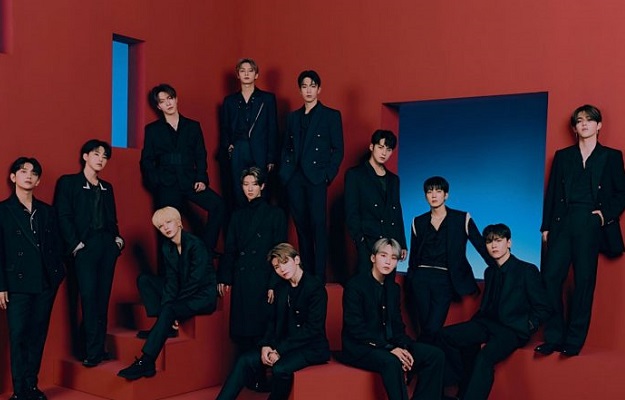 Promoter Live Nation Philippines has announced that it will be taking “legal action” over the alleged unauthorised selling of tickets for K-pop act SEVENTEEN‘s upcoming concerts in Manila.

In a statement posted to their social media channels on 2nd July, the newly launched Live Nation division wrote: “It is unfortunate that we have received confirmed reports of unauthorised and therefore illegal selling of tickets for the ‘SEVENTEEN World Tour [Be The Sun]’ concert. Live Nation Philippines does not authorise anyone other than our official ticketing outlets for the selling of tickets.”

Live Nation Philippines then promises legal action against “a certain Shai Solita and her cohorts” that it states are “behind these illegal acts”, although it did not expand on what its “appropriate legal actions” might involve.

With tickets for the two concerts, due to be held at Manila's SM Mall of Asia (MOA) Arena on 8th and 9th October not set to go on pre-sale from 12th July and general sale from 14th July, it is uncertain how Solita, a social media 'influencer' has obtained tickets for the concerts aheads. 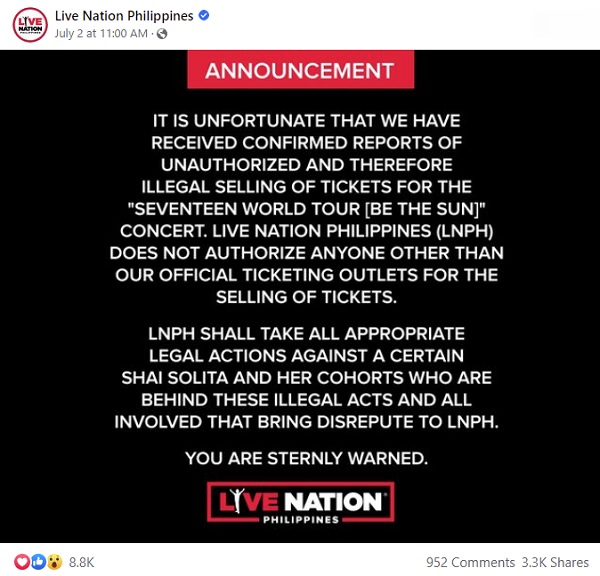 SEVENTEEN's Asian leg of its 2022 ‘Be The Sun’ world tour will commence off in Indonesia this September, before heading to Thailand, the Philippines and Singapore the following month. The announcement of the Asian leg came a month after SEVENTEEN unveiled details for their 2022 South Korean and North American tour that will see them play two concerts in Seoul in June before performing in 12 different cities across the USA and Canada from August to September.

In a statement on Twitter, Live Nation Philippines (LNPH) went on to advise "LNPH does not authorise anyone other than our official ticketing outlets for the selling of tickets. LNPH shall take all appropriate legal actions against a certain Shai Solita and her cohorts who are behind these illegal acts and all involved that bring disrepute to LNPH. You are sternly warned.”

2nd July 2014 - Cathedral for the modern age opens in Manila