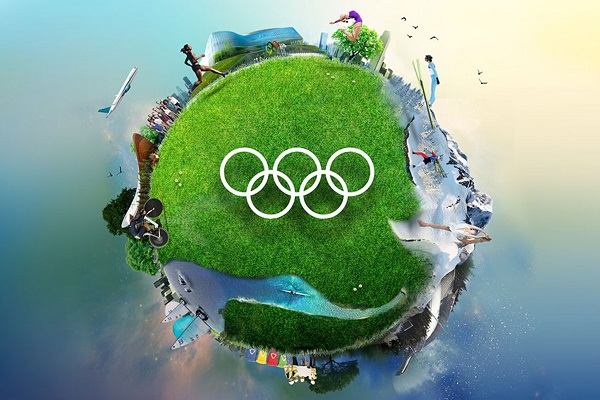 The third International Olympic Committee (IOC) Sustainability Report has advised that the IOC has achieved 15 of its 18 sustainability objectives for the period 2017-2020, raising its ambition to address climate change and helping to make sustainability mainstream across the Olympic Movement.

The IOC Sustainability Report 2021 also reveals the organisation’s 17 new objectives for 2021-2024, focusing on climate, biodiversity and the circular economy, and further advancing sustainability across the Olympic Movement.

Highlights of the 2017-2020 objectives achieved include:

IOC as an organisation
• Completion of the IOC’s new headquarters, Olympic House, as one of the most sustainable buildings in the world
• Achievement of carbon neutrality for the period 2017-2020, thanks to the IOC-Dow global carbon mitigation program

IOC as owner of the Olympic Games
• Ensuring that sustainability is addressed as a strategic topic with cities from the earliest stages of the Future Host process.
• Reinforcing sustainability commitments in the Host Contract, including for all upcoming Games editions to be carbon neutral, and climate positive from 2030 onwards

In the foreword to the report, Prince Albert II of Monaco, Chair of the IOC’s Sustainability and Legacy Commission, writes "we can confidently state that sustainability is now firmly embedded as an executive priority within the IOC, and this ethos flows into our corporate ways of working, our focus on ensuring sustainable Olympic Games, and how we engage with the wider Olympic Movement."

Addressing the climate crisis
The report goes on to say that while COVID-19 has been the most disruptive factor affecting the IOC, most notably through the postponement of Tokyo 2020, the fast-accelerating climate crisis is likely to represent one of the future’s greatest challenges.

Having achieved carbon neutrality for the period 2017-2020, the IOC has committed to reducing its carbon emissions by 50% by 2030, and to becoming climate positive by the end of 2024. This means that it will be removing more carbon from the air than it emits. From 2030, all Olympic Games will also be required to be climate positive.

The creation of an Olympic Forest as part of Africa’s Great Green Wall is an integral part of the IOC’s climate positive commitment, while the 2019 opening of the IOC’s new headquarters in Lausanne, Switzerland - which has been certified as one of the most sustainable buildings in the world - has been another highlight.

The UN Sports for Climate Action Framework, co-launched in 2018 by the IOC and UN Climate Change, has so far garnered almost 300 signatories. They are now required by UN Climate Change to reduce their carbon emissions by 50% by 2030, and aim to achieve net zero by 2040. The IOC continues to lead on the implementation of the Framework.

Mainstreaming sustainability
To facilitate its sustainability work, the IOC has recently integrated the themes of sustainability, legacy, gender equality and inclusivity, and human rights into one Corporate and Sustainable Development Department.

To advance the sharing of information across the sports world, the IOC has produced a series of guidance documents on topics such as carbon footprinting, sustainable sourcing and biodiversity. Aimed at Organising Committees for the Olympic Games (OCOGs), National Olympic Committees (NOCs) and International Federations (IFs), these resources represent a valuable open-source information tool for the broader sports sector. The IOC has also supported the Global Association of International Sports Federations (GAISF) in the launch of the Sustainability.Sport platform, which is intended to be used as a library by sports organisations.

An increasing number of IFs now have a publicised strategic commitment to sustainability, and more are working with the IOC to develop a strategy. Going forward, the IOC will continue its work guiding and supporting the IFs in the development of their sustainability strategies.

Looking ahead: IOC’s Sustainability Objectives 2021-2024
IOC: carbon reduction and Olympic Forest
Of the 17 new objectives, four relate to the IOC as an organisation, and cover carbon emissions, the Olympic Forest, sustainable sourcing and training for IOC staff. They include work on reducing the IOC’s CO2 emissions in line with the Paris Agreement, with a 30% reduction by 2024; and creating an Olympic Forest to support the IOC’s climate positive commitment, while delivering long-term social and biodiversity benefits to communities in Mali and Senegal.

Olympic Games: climate-positive Games and 'no-go' in protected areas
There are five objectives for the Olympic Games, which focus on climate, biodiversity, human rights and sustainable tourism. These include assisting and accelerating the transition to climate-positive Olympic Games, and a requirement that no permanent Olympic construction occurs in statutory nature and cultural protected areas or UNESCO World Heritage Sites.