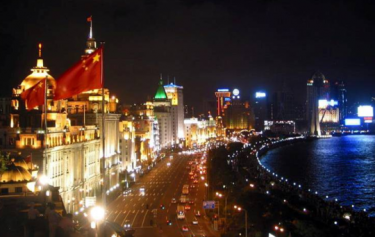 The International Association of Amusement Parks and Attractions (IAAPA) has announced the opening of a new regional office in Shanghai, China, expanding and enhancing its programs and services in the Asia-Pacific region.

The opening of the new Shanghai office is IAAPA's first Mainland China Representative Office, and its second office in the Asia-Pacific region.

Explaining the opening, IAAPA President and Chief Executive Paul Noland stated "China has been experiencing tremendous growth in the attractions industry and we are excited to open a regional office in Shanghai.

"Our goal is to continue to provide exceptional levels of service in China, while remaining committed to the success of the region's thriving attractions industry.”

Located in the Puxi, the historic centre of Shanghai, the office will support the attractions industry in the Asia-Pacific region through education and professional development, information dissemination, research, education, advocacy, and networking events.

The Shanghai office becomes IAAPA's fifth regional office to service the attractions industry around the world, joining the existing operations for Asia-Pacific in Hong Kong, for Europe (in Brussels, Belgium), Latin America (in Mexico City, Mexico), and North America (in Orlando, Florida, USA).

The 2018 edition of AAE is being held at the Hong Kong Exhibition and Convention Centre from 5th to 8th June.

Celebrating its 100th anniversary in 2018, IAAPA began as an advocacy office in 1918. Since that time, its has become the largest international trade association for permanently located attractions dedicated to the preservation and prosperity of the global attractions industry.

For details on IAAPA go to www.iaapa.org

18th March 2014 - CHINA ON THE EDGE OF LEISURE BUILDING EXPLOSION