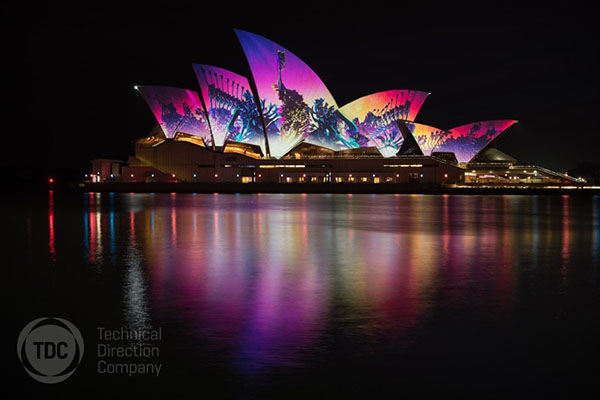 The energy team at Uswitch (a UK-based energy price comparison service) have analysed 27 of the world’s most visited tourist attractions and scored their commitment to sustainability, based on low emissions, water reduction, recycling schemes, re-wilding efforts, renewable energy and sustainable transport, with the Sydney Opera House ranked in second place receiving a score of 50 out of the possible 60 .

The analysis of the eco-friendly credentials of each attraction revealed the best and worst tourist attractions for sustainability globally.

Magic Kingdom at Walt Disney World located in Florida topped the list as the most eco-friendly tourist attraction. With over 17.5 million annual visitors it’s the most visited amusement park in the world, but despite the area containing many rides and amusements, the park has made the largest conscious effort to decrease the impact it has on the environment. Almost a third of the 40-square-mile park is dedicated to wildlife and conservation.

Sydney’s Opera House ranked in second place with a score of 50 out of the possible 60 - the Opera House has been awarded a 5 star Green Star performance rating from the Green Building Council of Australia (GBCA), becoming one of the first World Heritage-listed buildings globally to achieve the certification.

In 2017, the organisation installed a series of modular artificial reefs alongside the Opera House sea wall, aiming to explore new ways to increase marine biodiversity and support native species in Sydney Harbour. 85% of the Opera House’s yearly energy consumption is supplied from NSW wind and solar power.

Notwithstanding the ongoing impacts of COVID-19, climate change continues to be a global concern and is becoming increasingly more difficult to ignore the impact that tourism has on the environment. Tourists have begun to question: Which tourist attractions from around the world are making the biggest effort to ‘go green’?

In their report, Uswitch question the impact of tourist attractions on the planet, highlighting that “when we visit tourist attractions, we often only consider the benefits for us. The relaxation, the memories and the experiences. But what impact do they have on our planet? The negative environmental impacts of tourism are substantial – this includes the decline of natural resources as well as the increase in pollution and waste. By 2030, we are predicted to see a 25% increase in CO2 emissions (from 1,597 million tons to 1,998) from the tourist industry alone."

The Uswitch report reflects on the energy consumption of a single rollercoaster, with flashing lights and speeding carts.as well as the volume of water needed to generate a log flume and the disposal of waste and the transport for visitors. 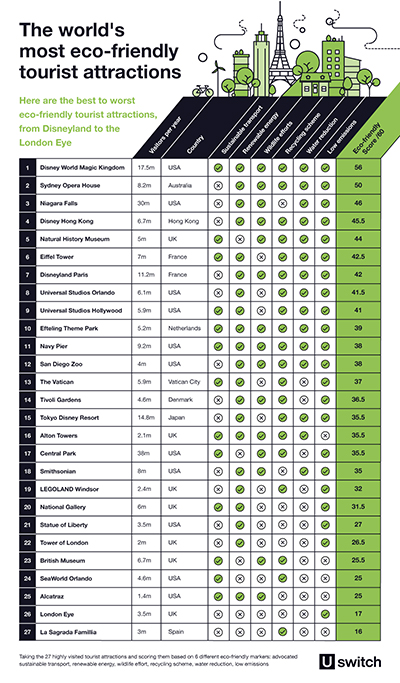