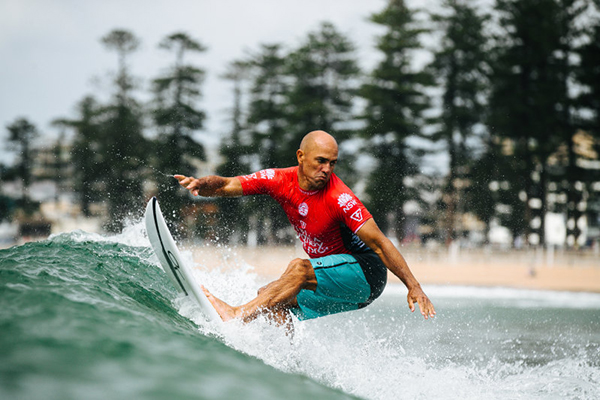 According to Federal Sports Minister Richard Colbeck, 11-time world champion surfer Kelly Slater has “no chance” of getting into Australia for upcoming events without being vaccinated.

The SMH reports on Minister Colbeck’s warning to Slater that it will be almost impossible for him to enter Victoria or Western Australia, where upcoming World Surf League events are being held, without being vaccinated against COVID-19.

Slater and current surfing world No.1 Gabriel Medina have not yet revealed whether they are vaccinated against COVID-19 – a requirement for participating in the Rip Curl Pro at Bells Beach and Margaret River Pro both being held in April.

Slater has defended World tennis number one Novak Djokovic’s stance on vaccination, posting on social media that “maybe Stockholm Syndrome can now change its name to Melbourne/Australia syndrome” and “so much brainwashed hatred in people’s hearts regardless of vax status”.

Djokovic was recently deported from Australia ahead of the first grand slam tournament of the year after the full Federal Court dismissed his legal bid to restore his visa. The Court rejected a challenge to the decision of Australian Minister for Immigration, Alex Hawke, to cancel the visa on the basis Djokovic’s presence in Australia might risk “civil unrest” as he is a “talisman of anti-vaccination sentiment”.

Minister Colbeck made it clear to SMH that Slater’s chances of competing in Australia were dependent on him either getting vaccinated, or somehow showing that he medically cannot receive it.

While the World Surfing League has not mandated vaccines for its surfers, its Asia-Pacific general manager Andrew Stark told the SMH the league would “stringently follow the set government entry guidelines of each country we visit for our events.

“We encourage everyone who is able to get vaccinated and have advised everyone associated with the WSL that unvaccinated individuals may face significant challenges as they travel around the world and may be prohibited from entering certain countries.”

Medina, the defending world champion from Brazil, said in August that he had refused the Brazilian Olympic Committee’s offer of a vaccine before the Tokyo Olympics, but the following day posted on Instagram that “vaccines save lives” and he would get his jab “soon”.